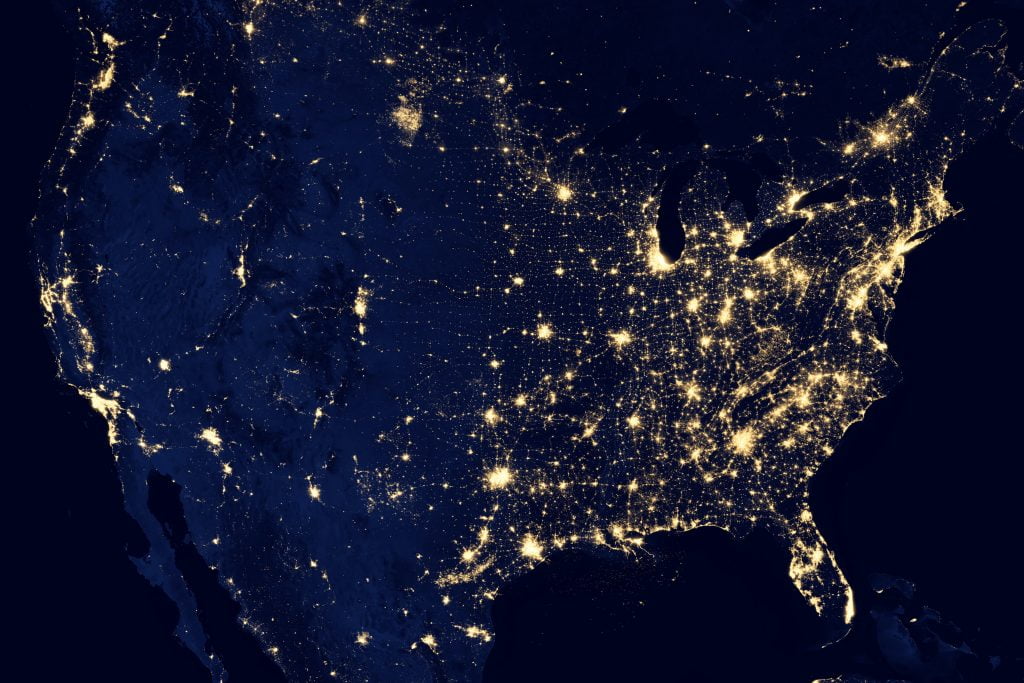 An increasing number of bitcoin mining companies are adding renewable energy capacity to their portfolios as they anticipate the global transition towards a carbon-free energy grid.

Currently, in the United States, electricity prices range from approximately $0.10 k/Wh to $0.30 k/Wh. MiningStore and other bitcoin mining companies that procure renewable energy can secure much lower electricity prices because much of this energy is generated in remote locations or the grid cannot accommodate the energy produced by a particular renewable energy operation. 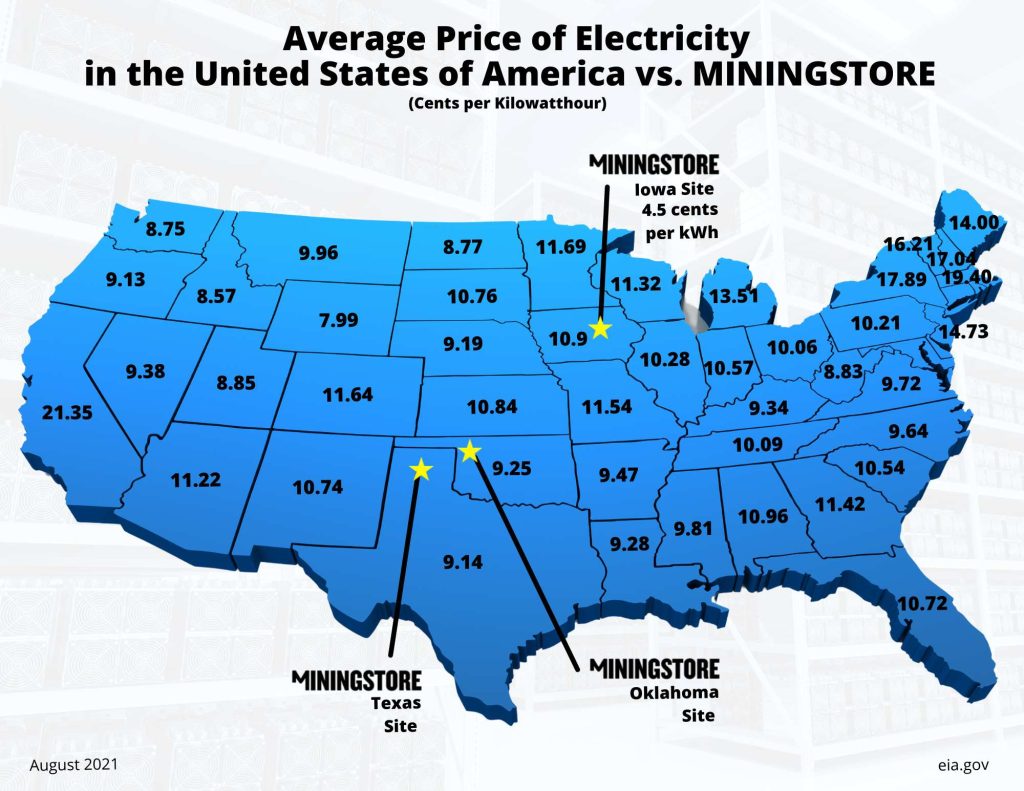 So, how do we get such a good deal on electricity? It is because we power our operations with renewable energy. When wind farms need an alternative source of demand because the grid cannot accommodate the energy produced, we mine with it rather than letting it go to waste.

Energy that would otherwise be wasted will naturally come at a lower price because it is a commodity that loses value every second it is not consumed. Other bitcoin mining companies are following suit as they negotiate with renewable energy producers across the United States to scale their operations while remaining carbon-free.

Griid currently manages three locations for a total of 48 MW of existing capacity. The company intends to form strategic partnerships with owners and operators of 85 hydroelectric facilities across the U.S. in addition to its growing pipeline of identified nuclear, hydro, wind, and solar generation partners.

The Transition to Renewables

Grid would like to power all of its bitcoin mining with “Carbon-Free Energy” and believes that this will enable them to achieve the lowest mining breakeven point on the market, 42% lower than the nearest peer. In other words, Griid is emulating MiningStore’s winning strategy of procuring renewable energy to scale bitcoin mining operations. 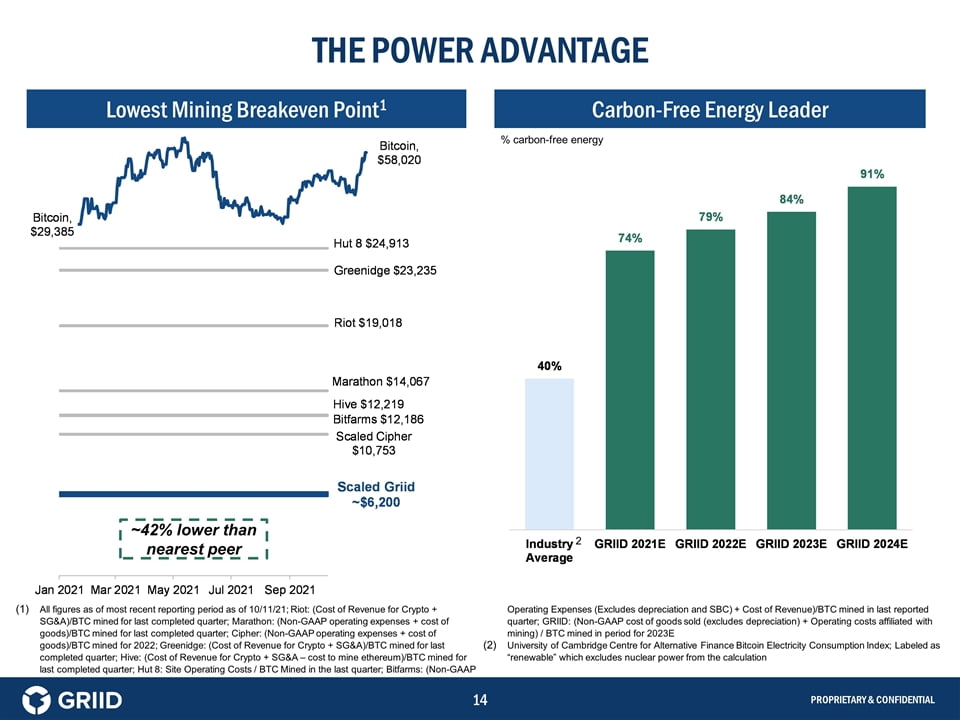 The president of El Salvador has announced the issuance of a $1 billion USD “Bitcoin Bond” that will be facilitated by the Liquid Network. The Bitcoin bond will be used partially (50%) to build El Salvador’s newest plan, a Bitcoin city that features some of the most advantageous tax laws on the planet.

The other $500 million USD will be used to buy bitcoin that will remain locked in a smart contract for five years. The locked bitcoin serves as collateral for the bond and will generate a yield. So, why invest in the El Salvador Bitcoin bond rather than just buying Bitcoin? The bond offers indirect exposure, which risk averse investors and large financial institutions would prefer.

What Happened to the Turkish Lira?

The Turkish Lira is rapidly losing value relative to other currencies and goods in the global markets. The country has seen alarming price increases, particularly within energy commodities and services. Some estimates report that the country is experiencing a greater than 20% inflation rate.

Turkey’s president restated his position that increasing interest rates in the country will not reduce inflation. Meanwhile, Turkey has quadrupled their M2 money supply since 2015. For comparison, M2 in the United States has doubled during that same time period. 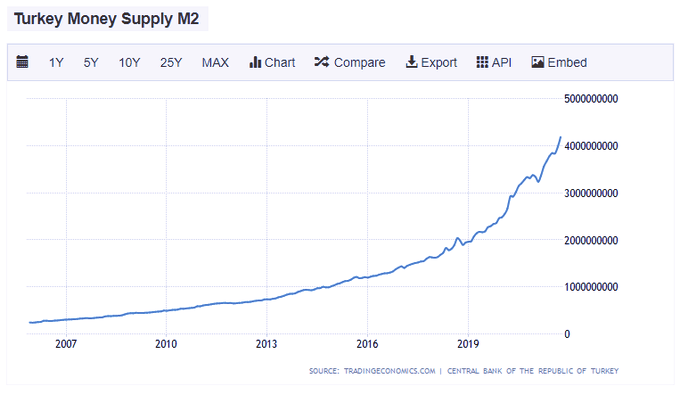 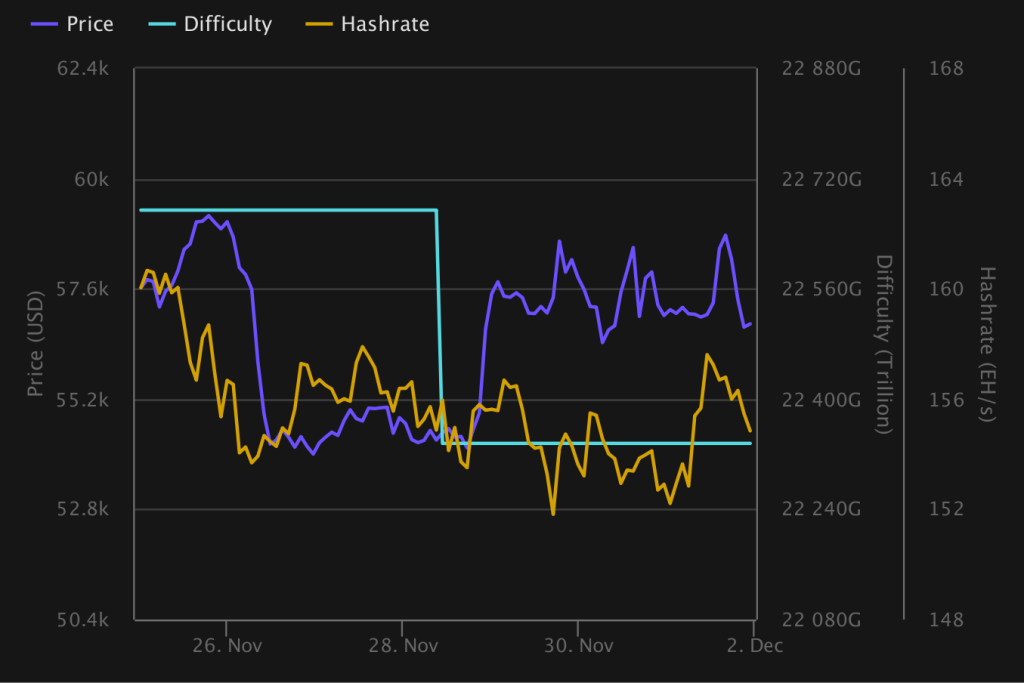 Bitcoin saw its first downward difficulty adjustment since July. The downward readjustment was caused in part by energy price inflation in Kazakhstan, which rendered many miners unprofitable, and in part by the Chinese government’s firewall, which has blocked some mining pool websites in the country.

Fortunately, some miners are still operating covertly in China and innovations such as Slush Pool’s Stratum V2 protocol allow miners to circumvent the firewall by encrypting domain name server (DNS) and other data that government-controlled Chinese internet service providers (ISPs) would typically monitor to enforce the country’s bitcoin ban.

In other news, there are now 9.3 million bitcoin addresses with a balance of 0.01 bitcoin or more, which is a new all-time high. The Bitcoin Network has transferred $11.813 trillion USD on-chain in 2021 YTD, for an average of  $489 billion per quarter.  This exceeded PayPal’s processing, which averaged approximately $302 billion per quarter so far in 2021. 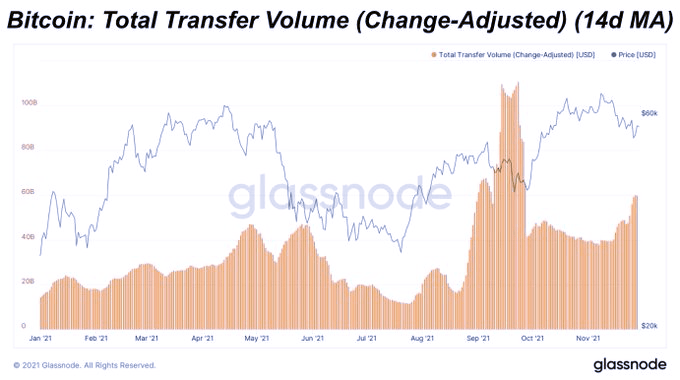 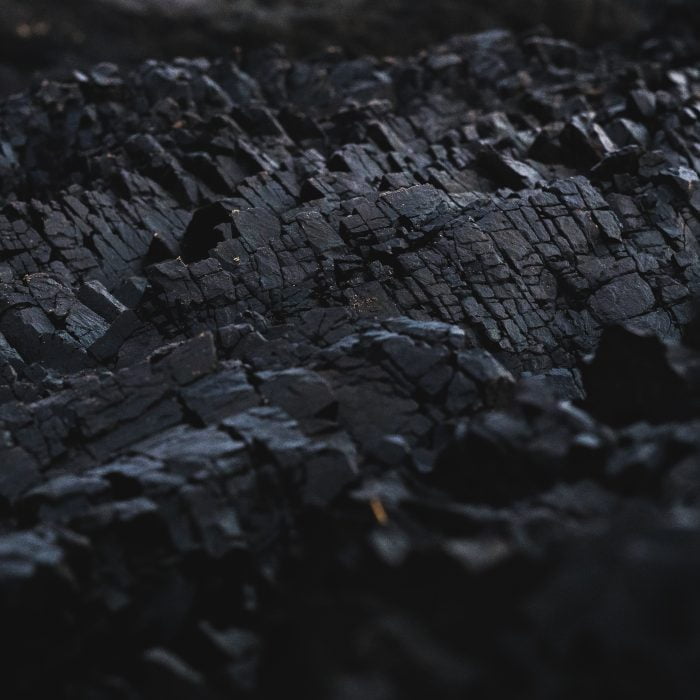 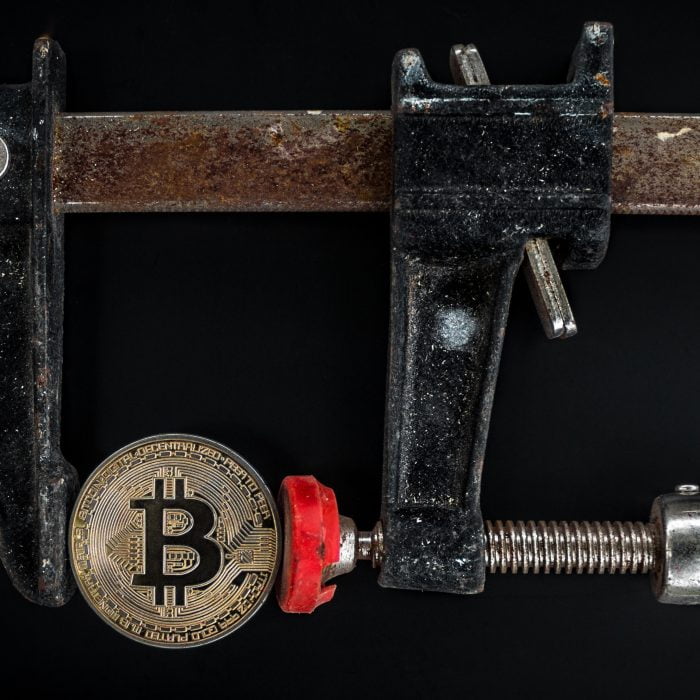