Less than 10% of all bitcoin remains to be mined. The other 90+% has already been mined and is currently held by miners, exchanges, corporations, financial institutions, countries, and other bitcoin investors.

What Is An Issuance Schedule?

As you may know, Bitcoin is an absolutely scarce asset, like time itself, meaning that the total number of bitcoins will never exceed 21,000,000. In addition to the property of absolute scarcity, Bitcoin is governed by fixed monetary policy and a predictable issuance schedule. But what does that mean?

What Are The Benefits Of A Fixed Issuance Schedule?

To understand the benefits of fixed monetary policy and predictable issuance schedule, let us consider the alternative. Equities, commodities and other assets do not have fixed issuance schedules in the same manner that Bitcoin does. In the equity markets, when the price of a share of stock increases, the issuing corporation will almost certainly issue more stock to meet that increased demand. The same generally holds true for bonds, commodities, and every other asset in the world. It also holds true for money itself. When an asset issuer can freely increase the supply of its asset, the correlation between demand and price for that asset will decline.

Bitcoin, on the other hand, has a fixed issuance schedule. No one can make more bitcoin than is allowed for the current reward era and no one can increase the rate at which the reward is released to miners. That means demand and price are much more closely correlated for Bitcoin than other asset classes. With over 90% of bitcoin already mined, and many bitcoin now held at addresses that are considered to be highly illiquid, the correlation between demand and price will likely continue to increase. Some refer to this phenomenon as “supply shock.”

What Is Reward Halving?

We are currently in Reward Era #4 (also known as “subsidy epoch”), under which the reward per block mined is equal to 6.25BTC. Reward halvings occur every 210,000 blocks and the next halving is expected to occur at block number 840,000. At that point, the new reward will be 3.125BTC per block mined.

At the time of this writing, the network is currently on block number 715,272. Refer to the chart below to understand bitcoin’s issuance schedule and realize that no other asset issuers abide by such a schedule. Bitcoin is dictated and governed by math, not by the whims of governments, board of directors, commodity producers, or other asset issuers. 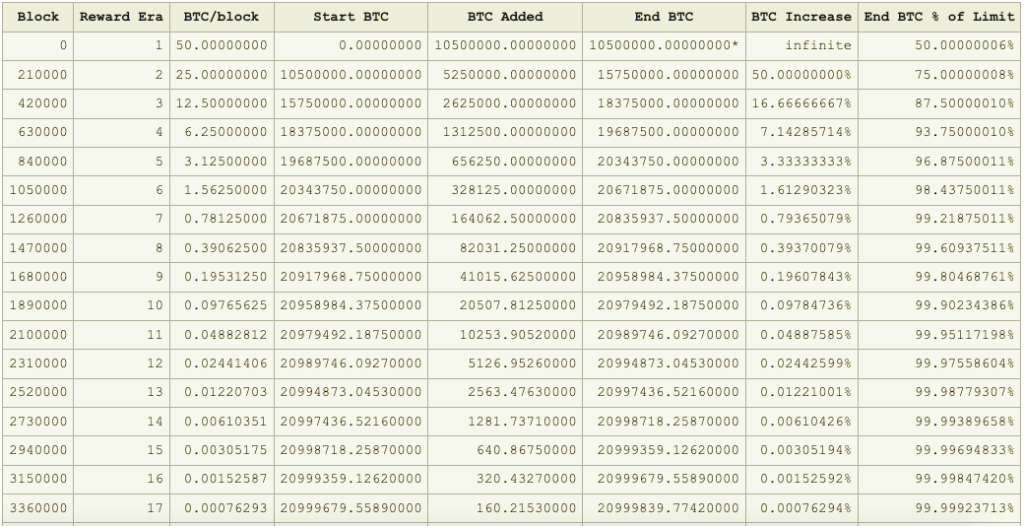 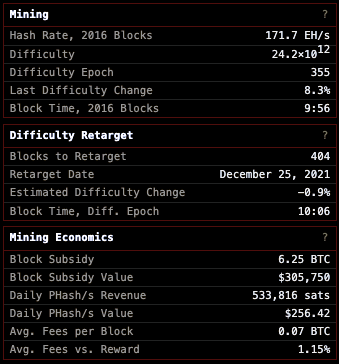 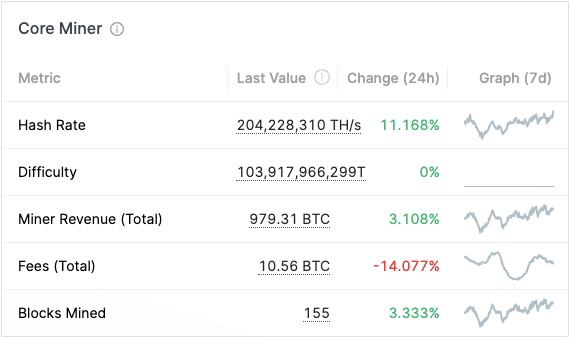